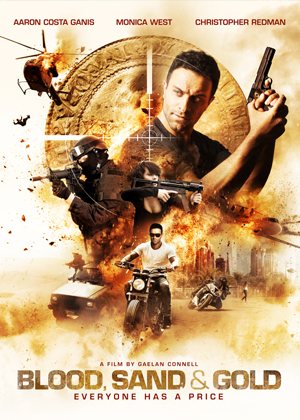 “BLOOD, SAND AND GOLD”, from Swimming With Sharks’ producer, Stephen Israel, written directed by Gaelan Connell (“BandSlam”, “Level Up”). It is an action-packed feature shot in six countries across four continents, an international treasure hunt along the same ancient routes Sir Francis Drake took in the 16th century. 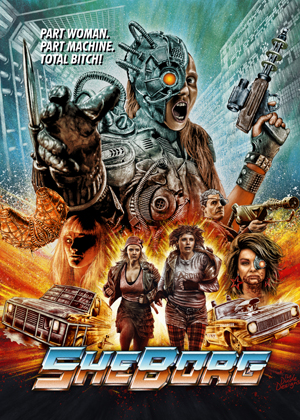 “SHEBORG”, from director/writer Daniel Armstrong (“Murderdrome”), will be a new cult classic for the Millennials. Three punk rock anarchists on a puppy rescue mission encounter a half-alien half-machine creature, SheBorg, that turns humans into her evil robot lackeys. The group decide that no alien will push our planet around and must defeat SheBorg to save the world. 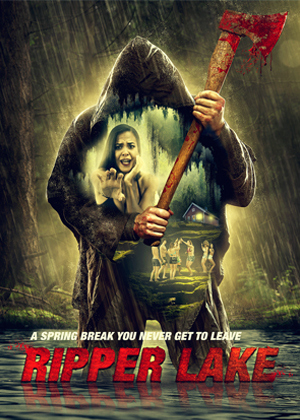 “RIPPER LAKE“, takes a classic horror genre and adds more fun and more twists, which ihorror.com called “Absolute perfect blend of humor, horror, and sex appeal.” It follows a group of college students who venture to a cabin in the woods for the spring break, unaware of the dark history of the area. And it becomes a spring break that no one gets to leave…alive. Watch if you dare… 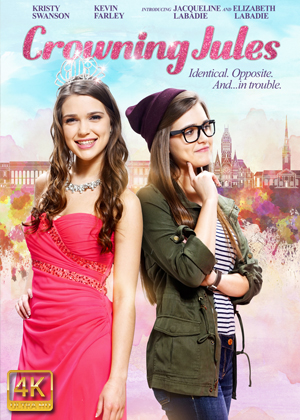 “CROWNING JULES“, starring Kevin Farley (The Waterboy, Joe Dirt), Kristy Swanson (Buffy the Vampire Slayer), and co-starring real-life twin sisters Jacqueline & Elizabeth Labadie. A darling comedy about the 17-year-old twin sisters, Madison and Jules, who look identical but never see eye-to-eye on anything. Jules desperately wants to leave the small town behind to go to her Harvard University admission interview. She is forced to hitch a ride with her twin sister and nemesis Madison, who is headed to a beauty pageant. Their road trip takes an unexpected turn when the sisters unwittingly come into possession of a stolen jewel and are pursued by dangerous thieves. 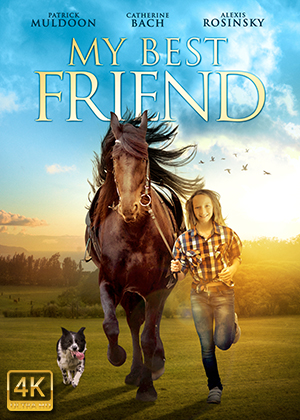 “MY BEST FRIEND”, starring Catherine Bach (Daisy Duke from The Dukes of Hazzard), and Patrick Muldoon (Starship Troopers), is about a twelve-year-old girl Kristen (feature debut of talented young actress Alexis Rosinsky), who has to move from the city to the country. With the help of her new BFF — a talking horse named Stanford, she’s adjust to a new life on the ranch, new friends in the middle school, and a totally different style of fashion. 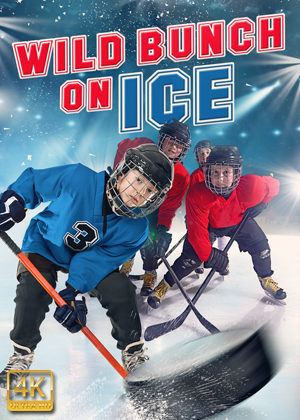 “WILD BUNCH ON ICE” is story about making a sports legend in, about a group of rag-tag kids set out on a journey to form a hockey team. To become a team, they must first learn to work together, and to trust in each other’s abilities to win — together they are persevering on thin ice against all odds.

During the American Film Market (AFM), MultiVsionnaire Pictures will be located in the Loews Hotel, Suite 603 (6th Floor) from November 2nd – 9th. The sales team will be meeting with  distributors from around the world to discuss the outstanding lineup and 100 plus quality independent films it represents. See you in Santa Monica!