Let the celebrations continue, entering our 11th year in business, MultiVisionnaire Pictures arrives at Cannes with five 4K Ultra HD format World Premieres and an incredible 10 Market Premieres.  Visit us at the 2017 Marche du Film stand in Riviera F2 to see trailers of our line-up, and meet with the Multivisionnaire team. Here is a brief preview of our WORLD premieres: 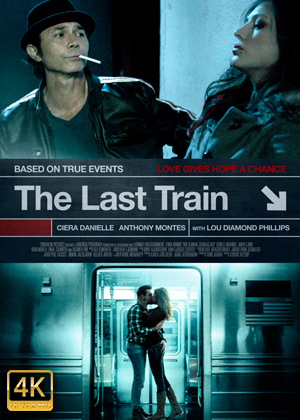 Featuring Lou Diamond Phillips (Young Guns, La Bamba, Courage Under Fire) Based on true events, two strangers meet at a New York subway station as they both intend to jump in front of the train to end their lives. Rain, a stripper who can’t seem to escape her abusive employer/boyfriend, Gunner (Lou Diamond Phillips), struggles to make ends meet and is an orphan of life with no friend or family. Anthony, a melancholy man who has lost his desire to live since a car accident took his son. While the two have nothing in common, at the edge of despair, life intervenes as their paths cross — both Rain and Anthony think that the coincidence is actually life giving them a sign. A new hope blossoms between them, inspiring them to give life another shot. MARKET SCREENING:

What if you found a game that will grant you 3 wishes, would you play? Who would say no, right? Now, what if this game gives you a challenge that asks you to harm your loved ones and if you refuse harm will happen to those around you?  This is the premise of I Wish, I Wish (Deseo, Deseo) a high concept horror film that will forever make you think twice before wishing your hearts desires. Winner of the Best Feature Film of Hemoglozine Horror Film Festival, Spain and Audience Award of Morbido Fest, Mexico City, this eerie horror film is the new Ouija with a twist!

When the moon rises — men run for their lives, SheWolves are coming! These sultry temptresses are here to eliminate men from the face of the earth. These women enlisted by Daciana have been taken advantage from men all their lives, now it’s their true for revenge. The high number of disappearances during full moon attracts Jay, an author on Cryptozoology and expert on Native American legends, as he begins his paranormal investigate. The fate of humankind now rests on his shoulders; he must stop the massacre before it’s too late. Featuring: Angus Scrimm (Phantasm (1979), I Sell The Dead (2008))

Anmar (Amir El Masry) dreams of becoming a great footballer, and he finally has his shot at playing soccer for his college team. His father, Khaled (Ayman Samman), with his traditional views, pushes Anmar instead toward the family profession. Anmar’s natural talent catches the eye of Coach Robert (Patrick Fabian). However, he also has to deal with some of his teammates muttering racial slurs and challenging him at every turn. Besides overcoming the obstacles, Anmar is torn between the traditions of his father and the freedom he experiences in America.

When a love guru is about to lose her “Call Me Cupid” column because her editor thinks she’s out of touch with her readers, she enlists her 12-year-old neighbor Justin to secretly help with her articles. The new found advice sparks a sensation among readers and has the whole town talking. But will Justin’s alter ego ‘Cupid’s Proxy’ be his downfall or turn him into a real-life Cupid for his widowed mother? Starring: Jackée Harry, Rex Linn, Valerie Azlynn, and Steve Byrne