MultiVisionnaire Pictures is at the 2019 Cannes Marché du Film to unveil an exciting lineup of 6 world premieres and 3 market premieres.

Mark your calendar for the world premiere screening of WWI epic “SOLDIER’S LULLABY” by esteemed director Predrag Antonijevic, based on classic biographical novel “The Serbian Trilogy (SRPSKA TRILOGIJA)” by Stevan Jakovljević. International market screening premiere in Cannes on May 16th at 13:30 at Palais F.

Here’s a glance at MultiVisionnaire’s world premiere lineup at Cannes: 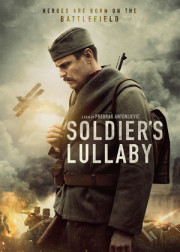 World War I veteran, Stevan, arrives to the celebration of the 20th anniversary of the end of the war and the memorial for his first company, the Fifth Artillery Battery. He survived the war because he was assigned to another unit. His other purpose here is to find out what happened to his fellow soldiers, especially Aleksandar, the second Lieutenant of his unit. He learns that Aleksandar actually knowingly sacrificed himself for Stevan when he reassigned him. This is a story of courage and comradery; and it shows why the Serbian army managed to achieve such great military feats despite all odds and difficulties.
(International market screening premiere in Cannes on May 16th at 13:30 at Palais F.)

The War storms across the cold lands of the north! Bloodthirsty Berserkers and colossal frost giants lock horns with golden-eyed crusaders and crazed templar-priests. They battle for their respective kingdoms: the ice-locked Nosck and the sky-worshipping Samada; and the battleground is one small neutral kingdom that lies between them: Ardenmor. Enter the “Broken Swords” — warriors for-hire, mercenaries, scoundrels, and rogues — hired by the Ardenmor lords to protect their territory. As the Nosck and Samada armies destroy the kingdom of Ardenmor, twelve surviving Broken Swords, some of the most elite warriors the northern kingdoms have seen in ages, find brief sanctuary inside a barn in the middle of the forest. Surrounded by enemies on all sides, they must survive until dawn when they can make a break for the safety of the borderlands. Attacked through the night by Nosck warblades, Samada skydancers, and Ardenian rangers, the odds are impossible. If anyone can survive this, they will or they will die trying. And many will indeed die before the night bleeds away into morning light. 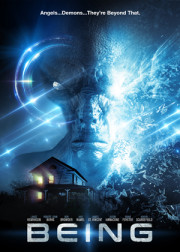 On one mysterious night, a small farm is shocked when a bright burst of light explodes from inside the barn. Without power, a party in the main house comes to an abrupt end and fear sets in. Afraid of the unknown, the group cautiously enter the barn to explore. What happens next is unspeakable, they discover a Being not of this world. Consumed with fear, they are faced with the choice of trusting their instincts or trust each other. Starring Lance Henriksen (Aliens), Robert John Burke (Thinner, RoboCop3), Ben Browder (Farscape), Ahd Kamel (Collateral), James St. Vincent, Jason Iannacone, Brian Foyster, Kaylyn Scardefield. 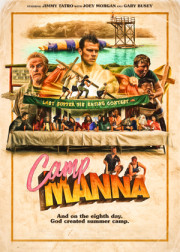 Summer camp is turned upside-down when Ian Fletcher, a wayward “non-believer” 15-year-old boy, arrives at Camp Manna. The camp is centered around the God Games, a Biblically-themed Olympiad focused on turning boys into “men of faith” kind of place. Bunked up with the Passover Privates, a group of outcasts and misfits, and their zealous, un-cool counselor Bradley — this is the last place on earth Ian wants to spend his summer. Then there are the ‘cool’ kids, Righteous Regiment, led by the savvy and chiseled counselor Clayton. As the competitions approach, Ian realizes that Clayton may not be as cool as he claims to be, and his choice to ditch the Passover Privates and join the Righteous Regiment may end up being the worst decision of his life ever. He and his team Passover Privates must compete and win against the Righteous Regiment to prove their holiness and bad-ass selves. Camp Manna is a “satire with soul”, and reminds us that getting to the heart of something is best told with laughter. Starring Jimmy Tatro (22 Jump Street), Gary Busey (Lethal Weapon, Point Break), Joey Morgan (Scouts Guide to the Zombie Apocalypse). 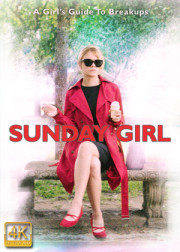 Natasha is artistic and spirited. She loves creative minds and stimulating conversations. Her problem isn’t love, it’s just that she loves to love — and can’t make a decision until TODAY! Today is the day Natasha will break up with 4 out of her 5 boyfriends. As easy as that sound, the problem that is all the guys are madly in love with her. This is her story. Starring Dasha Nekrasova (Wobble Palace), Bilal Mir (WestWorld), Dave Davis (The Walking Dead), Morgan Roberts, Brandon Stacy (The Big Short) 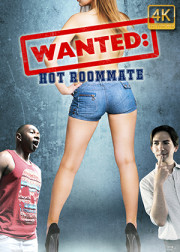 A sexy college comedy about Tae and Damien lost their roommate in a crazy frat party accident. Desperate for a new roommate, they conduct a talent search for the ultimate
roommate. When a beautiful girl named Aubrey walks into the door, Tae says ‘yes’ instantly. As a prank, Tae secretly recorded Morgan and one of her hot dates, and the video is accidentally leaked onto the Internet! Tae and Damien must figure out who leaked it and take it down before Aubrey finds out.

From May 14 to 21, 2019, MultiVisionnaire will be meeting with key international distributors and buyers during the market at RIVIERA, Stand F2.